A great set of tools

Biostatistics or biometrics is one of the single most important courses one can take – and is a foundation of much of bioinformatics.  In this section, we provide a review of some of the major concepts as a refresher – or to insure that you have some introduction to some major concepts.

For this set of examples, we will have folks download a tar.gz which is a frequent way data is concatenated and compressed.

This yields the files below

where expression_results.csv is the results of an expression study for multiple samples across multiple genes, and the description of the samples is sample_info.csv

We are also going to use `kg.genotypes.csv which is a file of genotypes recoded such that each individual at a specific position either matches the reference on both their maternal and paternal allele, is heterozygote, or homozygous for the alternative allele, encoded as 0, 0.5, and 1.  We also have information about the samples.

In R we can look at a summary(samples) 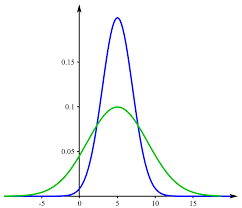 Probability is the likelihood of something occurring.   If I role a 6-sided dice, I have a 1 in 6 chance of getting a 1. If I flip a two-side coin, I have a 50% chance of a head.  If I flip a 2 sided coin 50 times, what is the probability that I get 75 or more heads? We often write probability as:

Another key term is the Cumulative Probability Function (CMF), which is the sum that event or lower will have occurred.

Most of the time we are examining two possibilities or two hypothesis, though in some cases we are comparing more than 1 case.  A statistical test lets choose between two competing hypotheses. Similarly confidence intervals reflect the likely range of a population parameter. Scientific investigations start by expressing a hypothesis. Example: Mackowiak et al. hypothesized that the average normal (i.e., for healthy people) body temperature is less than the widely accepted value of 98.6°F. If we denote the population mean of normal body temperature as μ, then we can express this hypothesis as μ < 98.6. From this example:

In contrast, we refer to our hypothesis (i.e., the hypothesis we are investigating through a scientific study) as the alternative hypothesis and denote it as HA. In simple terms:

Many of the statistical tests use a time-tested paradigm of statistical inference. In this paradigm, it usually: Correlation is any statistical association, though in common usage it most often refers to how close two variables are to having a linear relationship with each other. 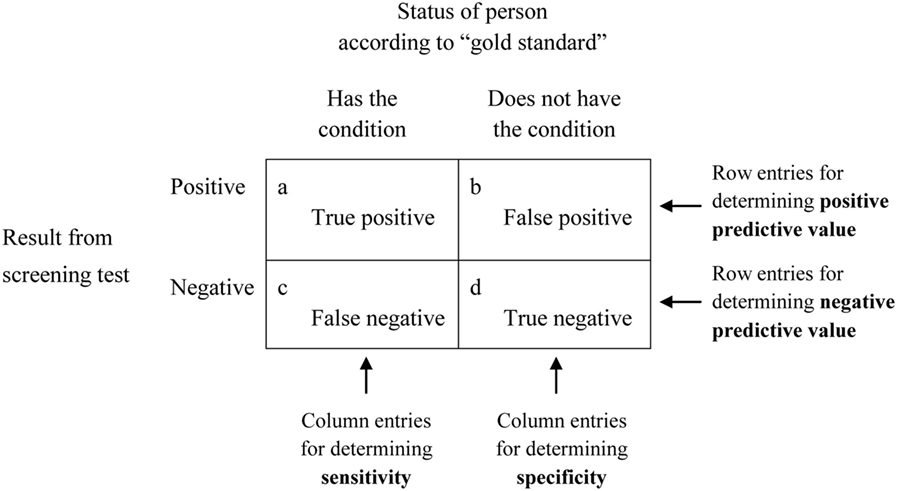 Below are shown two standards matrix’s for calculating accuracy, precision, etc.  One factor that determines whether to use the upper or lower is based on the concept of prevalence. If we are evaluating a test whereby the number of True Positives and True Negatives are not sampled randomly from the population, we need to know the prevalence of a disease.  An example would be a glioma test where a lab has been tested on 50 Verified True Cases and 50 Verified False Cases. If we calculate PPV or precision from that data, we have not actually considered the prevalence in the population.   Let’s say the test gave 1 false positive for this set of 100 cases – a false positive rate of 1%.  Glioma is actually quite rare only 3 in 1000 will have it.

In the real world, if 1000 get this test with a false positive rate of 1%, we would expect 10 false positives and 3 true positives.  PPV takes this into account, and thus the PPV is actually 23%.

Studying a population (or a prospective study where cases/controls are not defined retrospectively), we can calculate PPV without prevalence because its inherent to measurement of false positives and true positives.  For example TP/(TP+FP)=PPV.

We will use some libraries

Lets load in and inspect the dataset.